those coffee breaks with the girls
really can be helpful.
even tho this was technically a tea break.

i was trying to explain where i was in my head.
and i guess when you do that,
you gotta look and try to describe what you see.

one of my friends there was the one who guided
me to just watch for the magic.
so i told her about some magic happenings and
thanked her for helping me open.

and then i kept going –
and told them how it felt like a huge game of
tug-o-war was goin’ on inside me,
between fear and magic.

we talked about it and it helped.
and i could see some of the things i could do
to help myself.

one of them we didn’t talk about.
i just felt it as the conversation was going on –
it was my heart.

i know without a doubt that when i open to the magic
i can actually feel my heart wide open.
and when i’m in the fear, my heart is so tight.

so one of the things i want to concentrate on is
feeling my heart. and trying over and over again
to open it.

intentionally opening.
over and over again.

wanted to put this out here as we head into the weekend
in case there’s anyone who wants to join me. 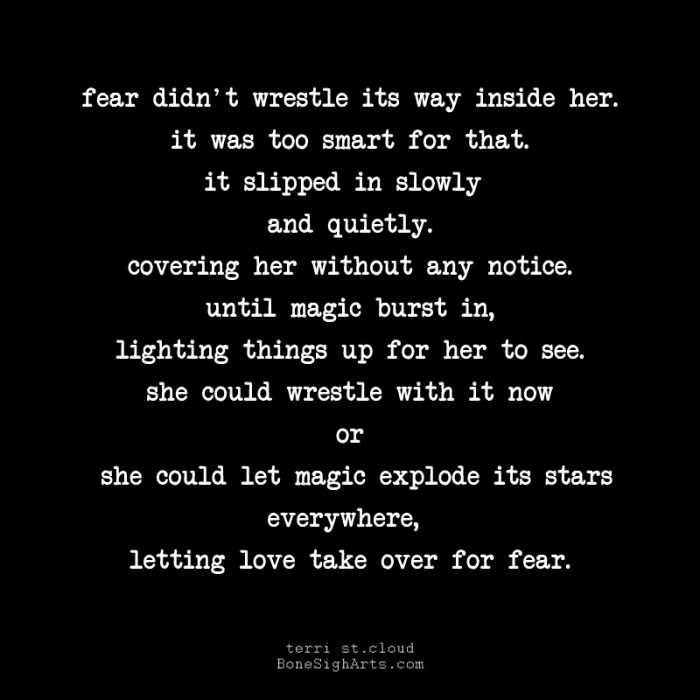